Discover the 7 most used programming languages ​​on the market 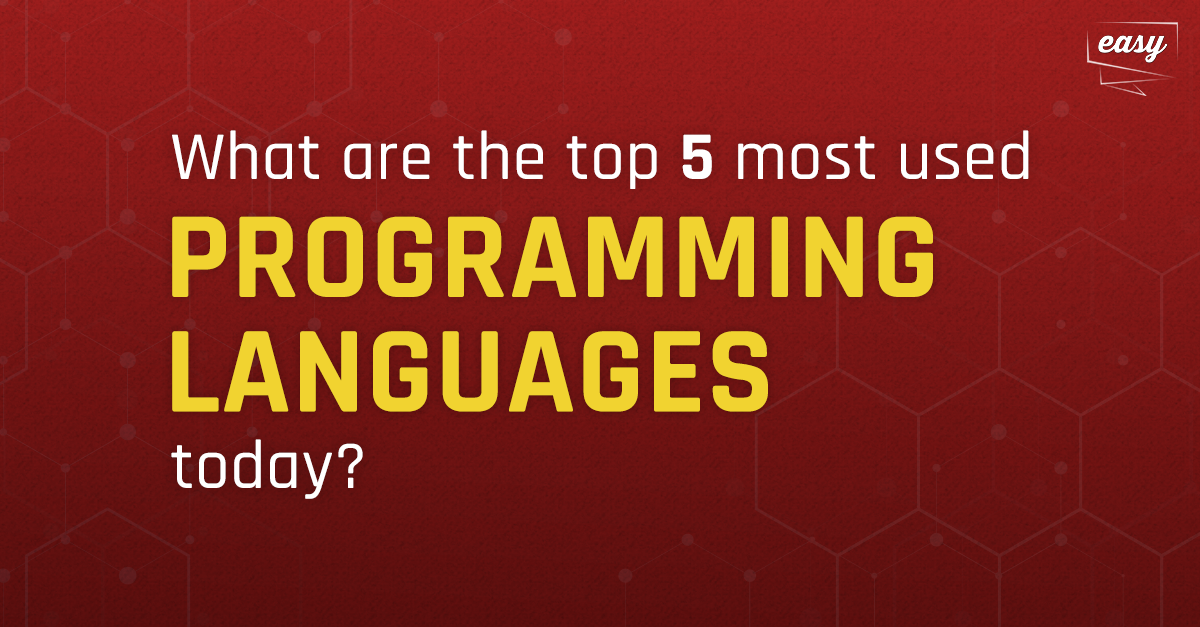 Since the creation of softwares to the development of apps, programming is part of practically all electronic equipment that we use: the cell phone, computer, calculator, ATMs and the e-commerce that you access to shop.

Do you know how the programmer communicates with the machine and makes it all happen? It is thanks to programming languages, responsible for a series of instructions, orders, actions, data and algorithms that programs can be developed.

Are you curious to understand more about the subject? In this post, we will talk about the 7 most used programming languages ​​on the market and the use of each one for the development of software, websites, apps, among other applications. Keep reading:

The 7 most used programming languages ​​on the market

Find out the 7 most used programming languages ​​on the market, according to a survey conducted by Redmonk:

The most popular language among programmers, JavaScript was created in 1995 with the aim of making the front end of web applications more interactive. Despite being quite old, JS is still in high demand due to its simplicity.

It is used to provide interactivity, insert effects and make a website more dynamic. For responsiveness, it is the best option, as it adapts easily to any browser.

JavaScript is often used in conjunction with CSS3 and HTML5 (sterilization and markup) and also with Node.js (interpreter).

Python was created by mathematician and programmer Guido van Rossum and has been in high demand in recent years due to its versatility and ease of reading. This language is widely used by professionals working with web development, machine learning, automation, data sciences and also back end.

With Python, the programmer is able to access native libraries that enable the development of complete projects and applications. Python technology is so powerful that products like Instagram, Netflix, Facebook, Google, and others, have this language in their codes.

Java is considered an extremely versatile language, being used for a variety of projects and applications. It is popular for being useful for creating Android applications, but it is also present in databases, artificial intelligence and the internet of things.

As Java works on the server side, it is best suited for back-end or full stack programmers.

The positive points of this language are its scalability, i.e., ability to adapt to new updates, and retrocompatibility (codes made in old versions continue to be recognized).

C # - C Sharp - is a variation of the C language, developed to work on the .NET Framework platform, Microsoft own software.

The reason behind the popularity of PHP is that it is the language that structures the websites developed in WordPress.

One of the most used language combinations in web development HTML combined with CSS and JavaScript for the front end and PHP combined with MySQL for the back end.

PHP is also highly efficient in the development and operation of data. That’s why Facebook has part of its source code written in PHP.

Ruby is a programming language that was inspired by languages ​​like Python, Smalltalk, Ada and Lisp.

This language is widely used to create desktop applications on embedded systems. Through Ruby on Rails, a free framework, the speed and ease to develop web applications is much greater when compared to other languages.

Sites known as Airbnb and Twitter were built based on the Ruby language.

Although not considered a programming language but a style language, CSS is quite popular among developers and is used to define layouts and the presentation of pages on the web, being complementary to other languages, such as HTML.

Editing, moving, aligning, removing or working the spacing of elements on a page are some of the possibilities of CSS. That is why this language is used frequently in the development of e-commerces, blogs, sites, etc.

Want to further improve your knowledge in development and programming? Find out here the difference between front end and back end.